Have you been using your cat’s name followed by an “&” as an important account password and using a few of its iterations in other places? If your answer is even remotely a yes, you have got to read further. These passwords will not cut it and you will have to do much more to protect your digital identity in 2021. 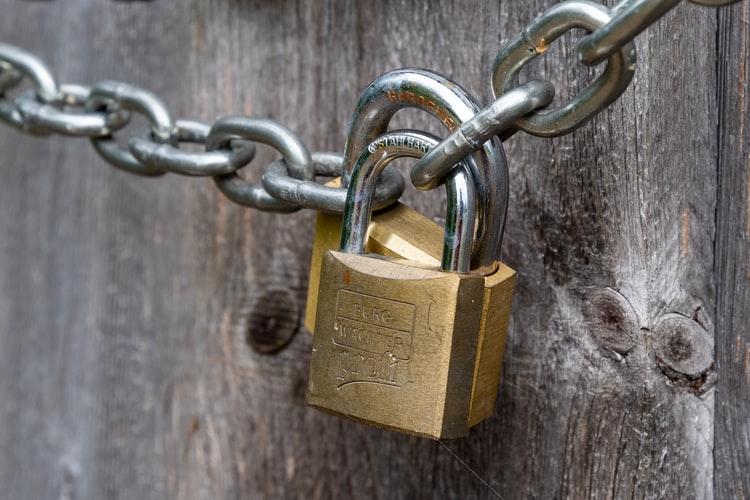 Have you been using your cat’s name followed by an “&” as an important account password and using a few of its iterations in other places? If your answer is even remotely a yes, you have got to read further. These passwords will not cut it and you will have to do much more to protect your digital identity in 2021.

So what is it that you need to do? You need to Layer Up.

Layering up refers to adding strong authentication to your important account passwords to prevent identity theft with the help of a Two-Factor Authenticator, also called TFA or 2FA.

While the easiest way to implement two-factor authentication through an SMS, wherein you receive a text with an access code every time you try to log into a secured account. But getting your 2FA from SMS has plenty of vulnerabilities. It leaves you exposed if someone hijacks your smartphone’s SIM, a longtime problem that has only gotten worse. By stealing your phone number, hackers can redirect any two-factor notifications to their own devices, allowing them much easier entry into your accounts.

Hijacking of phone numbers—either with a phone call to customer support or walking into a phone store is easier than you think it is. Unfortunately, no one can have full immunity against these issues.

Before you get dejected and start frantically changing your passwords, you should know of a much safer alternative to secure your digital identity—through authenticator apps.

Authenticator apps are far less vulnerable to the problem of SIM and phone number hijacking, and thus are a more secure way to do two-factor verification.

How does this work you ask? Let’s break it down by looking a the basics of two-factor authentication:

Two-factor authentication, as we know, requires you have both the password for your account and an additional authentication method. That way, even if someone were to find out your email or Twitter username, or online banking password, they’d need an additional code to sign in.

Instead of sending you a code when you try to log in, authentication apps constantly generate new codes that are only valid for about 30 seconds each. When you’re logging into an account and prompted for a code, you can just open your authentication app, grab the most recent code, and paste it in. This limited-time period is a bane for hackers and allows you to secure your digital vault.

Now again, before you feel that the cumbersome task of finding an authenticator app lies ahead of you, you should know that this article has all bases covered.

Cove Authenticator helps you can add an extra layer of security to your account through its superior web encryption and two-factor authentication.

It’s super easy and works by adding a second step to your login process, making it more difficult for hackers to access your sensitive information.

Sign up: Once you open Cove, it’ll ask for your phone number, and then send you a registration code. From there, it’s a blank slate until you start pairing it with the accounts you want to secure.

Now the hackers know, who is the daddy!!

The need for two-factor authentication has increased as companies, governments, and the public realize that passwords alone are not secure enough to protect user accounts in the current technology landscape. In fact, the average cost of data breaches today is over two trillion dollars annually. While 2FA protects against a multitude of threats, the most common threats include:

Stolen Passwords: A traditional password can be used by anybody who gets their hands on it. If a user writes down their password on a pad of paper, that password can be stolen to gain access to an account. 2FA, by contrast, validates the user with a second device after a password is entered.

Social Engineering: Hackers will often simply manipulate users into giving up their passwords. By posing as an IT professional at the user’s company, they can earn the trust of the user before asking for login credentials. 2FA protects against this by validating the location and IP of every login attempt after a password has been entered.

Key Logging: Even if a user hasn’t written down their password, hackers can use malware to track and copy a user’s password as they type. Hackers track every keystroke and store the password to be used later. The second layer of validation in 2FA lets a user ensure that the login attempt is their own, even if their password has been compromised.

Phishing Attempts: Hackers will often send emails that include links to malicious websites designed to either infect a user’s computer or convince them to enter their passwords. Once obtained, a password can be used by whoever manages the hacking attempt. 2FA fights phishing by adding a second layer of validation after the password has been entered.

Brute-Force Attacks: In a brute-force attack, a hacker randomly generates passwords for a specific computer until they land on the correct sequence. 2FA’s second layer of protection requires a login attempt to be validated before granting access.

There are a number of different second factors that can be used to verify a user’s identity. From SMS based passcodes to voice calls, but out of all TOPT 2FA is the most recommended one.

The Time-Based One Time Password (TOTP) 2FA method generates a key locally on the device a user is attempting to access. The user then enters those numbers into the website or application to gain access. The passcodes generated by authenticators expire after a certain period of time, and a new one will be generated the next time a user logs in to an account.

Once the user has this Cove TOPT, they can use it across multiple devices. By contrast, SMS 2FA is restricted to the device that receives the message. TOTP 2FA is more flexible and gives the user a wider ability to access their information.

Cove remembers which accounts a user is trying to access so the user can access their passcode at any time, even if they are not on a cellular or wifi network.

Use case of Cove Two-Factor Authentication:

Endpoint security concerns are becoming a bigger focus for many industries no matter which applications users are accessing, protecting credentials is important to the security of the larger business.

Banking: The banking industry uses 2FA to protect against the many hacking attempts made on their internal and clients’ systems. Cove 2FA allows the finance industry to secure remote devices and authenticate every login attempt.

Social media: The need to protect against the hacking of your social media is the need of the hour, especially for the users who have huge followings. Cove 2FA  protects the personal data of billions of users worldwide.

Internet: In the times of WFH, when everyone is working remotely, it’s very important to be doubly sure about companies’ vulnerable data. With Cove 2FA you can control who has access to your account and protect your data from fraudsters.

With an increase in the crypto world, the internet is flooded with Cryptocurrency and NFTs, need not mention the vulnerability of this data and its impact on it in case something goes wrong. Cove 2FA has your back as no one absolutely no one can bypass this technology.

Cove Authenticator is a one stop solution to protect all your online accounts. It’s like having another lock on the door of your house. Your house is safe, but it’s even safer with an extra lock.