Cyberattacks are becoming more frequent. They are also becoming more sophisticated in their tactics. This is not surprising since the stakes are high with the amount of data available for exploitation. 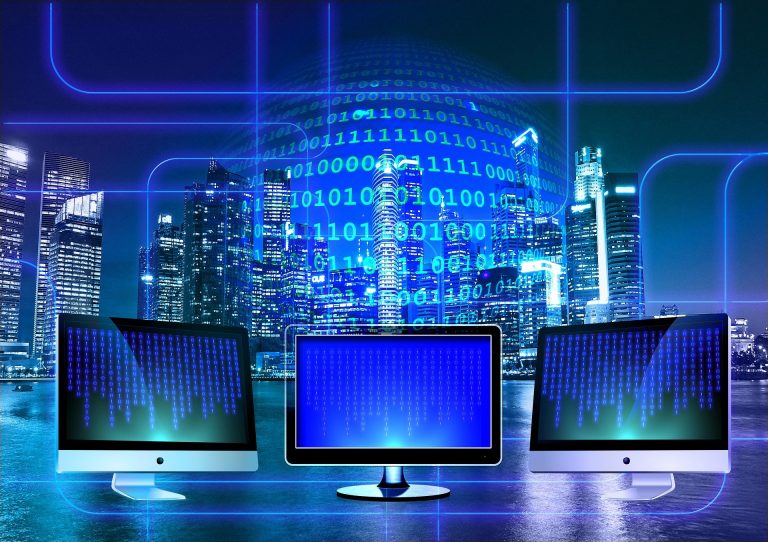 Cyberattacks are becoming more frequent. They are also becoming more sophisticated in their tactics. This is not surprising since the stakes are high with the amount of data available for exploitation. There are many different types of cyberattacks, but they all have one thing in common- they involve unauthorised access to computer networks, applications, or data.

Cyberattacks have become one of the most frequently reported crimes globally and are expected to cost the global economy $10.5 trillion annually by 2025. Nowadays, these attacks can be executed from any location and at any time to steal or damage data. Additionally, they have become highly sophisticated. Here are the most common types of cyberattacks.

Denial of Service attacks (DoS) and Distributed Denial of Service attacks (DDoS) work by flooding victims’ servers and systems with traffic beyond their capacity. This causes the website to malfunction and become unavailable for users. DoS and DDoS have some points of difference. In a DoS attack, the traffic comes from the hacker’s computer and has a single source of origin. On the other hand, multiple systems across different locations bombard the victim’s server in a DDoS attack. Therefore, the latter is generally used to carry out large scale cyberattacks since more traffic can be generated.

Ransomware is one of the most common vehicles of cybercrime. In this attack, the hackers corrupt the victim’s system using malicious links or attachments. The malware encrypts and denies access to files on the server and holds them as ransom. Generally, hackers look for money or cryptocurrency as ransom in exchange for the files they have under control. Bigger companies also have middlemen who are in charge of negotiating and transferring the payments.

In this type of cyberattack, the hacker places himself between the user and the server to intercept the conversation and data exchange. By doing this, it is possible to steal, misuse and modify sensitive information. In addition, perpetrators mimic one of the parties involved so that the attack goes undetected. For example, if a group can hack a website and access its chatbot, they can talk and respond to a customer as usual and collect personal data.

A Structured Query Language (SQL) injection occurs when an attacker inserts a malicious code into a server that uses SQL and forces it to reveal information that it usually would not. Once the command is “injected” into the system, hackers can access and modify sensitive data and perform administrative functions. For example, by simply submitting malicious code into a vulnerable website’s search box, an attacker can successfully carry out a SQL injection.

DNS Tunneling uses the Domain Name System (DNS) to carry out the cyberattack. The hacker can send packets of data to a target system by encoding them in the DNS query. This is very dangerous because it can allow attackers access to remote servers and applications. Furthermore, since DNS is a trusted protocol, many organisations don’t consider checking for fraudulent activity. Therefore, criminals can carry out their cyberattacks discretely and bypass any victim’s security measures.

Phishing attacks are widespread and trick individuals and companies into giving away sensitive information to unauthorised parties. Generally an email or website pop-up with an exciting subject line acts as a trap. The message contains a malicious link that redirects users to a legitimate-looking website to fill out details like bank account numbers, email IDs, and addresses. Unfortunately, they fail to realise that the information is going into the hands of threat actors. Phishing attacks target a large section of the population, hoping that a small percentage will fall into the trap.

Spear phishing attacks also rely on fraudulent copycat websites and links but target a related group of people to evade any possibility of suspicion. For instance, hackers can send an email from a manager’s account to an employee asking him to share or update the company’s data records and bank account details in a file. The employee will deem it as a legitimate request and do the needful, making the attack successful.

Whale phishing attacks are even narrower and target only high-profile individuals. Hackers go after CXOs, leading business people, politicians, journalists, etc. They aim to steal personal data and credentials and use them to their advantage. If disguised well, even the most powerful with security measures in place can fall prey to such an attack.

In this case, attackers simply use trial and error to hack into an account. They use different combinations to guess the login credentials to access the information they need. Although it seems tedious, many people use similar passwords that are easy to crack. Hackers have also started deploying bots and other tools to assist them in going over the possible permutations and combinations. This is why strong, distinct passwords and the use of two-factor authentication is vital.

A birthday attack is cryptographic and works by manipulating the hash algorithms. On receiving a message, the device checks the hash algorithm to determine if it is genuine. The message will be accepted only if the hash is correct. However, they are not as distinct as people think, and hackers can exploit systems by creating identical hashes. The name has its roots in the birthday paradox, which states that if 23 people are in a room, there is more than a 50% chance that two people share the same birthday. The mathematical probability of the identical hashes, just like birthdays, is higher than we predict.

Cross-site scripting attacks involve injecting malicious code into a typically safe website. Hackers will detect a vulnerability in the victim’s web application and send a code, generally the client-side JavaScript, to an end-user. XXS targets the user instead of the application as a part of the cyberattack to access information.

Here, attackers can gain access to personal and professional data by manipulating specific URL addresses. They are aware of how the URL information needs to be entered to get control of sensitive data. The hackers will first try to break into the site’s admin section, primarily through trial and error. Many companies fail to keep strong credentials which makes the job easier for hackers. Once they have control of the account, they can exploit the data at their will.

In an eavesdropping or snooping attack, the hacker intercepts the information relayed between two devices. This allows them to collect critical data such as usernames and passwords that can further be misused. One of the most common ways of eavesdropping is by hacking the microphones of mobiles and listening to conversations. It is also possible to spy through the camera.

Zero-click attacks are hazardous because they require absolutely no action on the part of the user. Once attackers find vulnerabilities in software, they can send texts, emails or messages that exploit them and immediately install the malware. The user need not open or click on them for the device to become infected. Once installed, cybercriminals can access data like call logs, search history, messages and login credentials.

Session hijacking happens when a criminal comes between the user and the server to steal information. The hacker replaces the victim’s Internet Protocol (IP) address with his own such that the server continues to believe that it is interacting with the user. It was previously discovered that many social networking websites like Facebook and Instagram had loopholes that left them vulnerable to session hijacks.

Employees of an organisation can also become a grave threat to security because they have access to critical, sensitive information. They also know the security protocols and how to avoid them to carry out cyberattacks. If someone gives them an incentive to leak company data, or they themselves are prepared to misuse their power, full-blown cyberattacks can be on the cards.

When hackers eavesdrop on secure network communication, they can intercept the message and then delay or resend it to deceive the receiver into doing what the hackers want. Replay attacks are relatively easy to carry out and don’t require extensive knowledge to decrypt the message after capturing it from the network. Resending the entire message is enough to cause damage.

In a drive-by attack, hackers insert malicious code into the website they want to target. Then, when a user visits that site, the script is executed on its own and infects the device. The name of this attack originates from the fact that a person just needs to drive by or casually visit the website. Without clicking on anything or filling in details, the device is hacked.

A trojan is another deceptive attack where malware disguises and executes itself under the garb of legitimate software. Users may be tricked into downloading the Trojan on their devices, which steals relevant data and gets backdoor access to the system. The name of this cyberattack is derived from an ancient story that describes how the Greek soldiers hid inside a horse, presented as a gift to the city of Troy, and won the war.

Passwords are sometimes the only wall between the hacker and the user’s data. Therefore, to steal sensitive information, hackers target only the passwords through various methods. For example, some people maintain a physical or digital copy of their account credentials. Once criminals can access that, they are in control. In other cases, they can use social engineering techniques and coax individuals into sharing personal information or resort to password sniffing.